We have an interest in wider social issues and are always looking for partners to make a positive impact through our various communities.

BTM Solutions has made a commitment to support a place that has become very special to our MD’s heart. 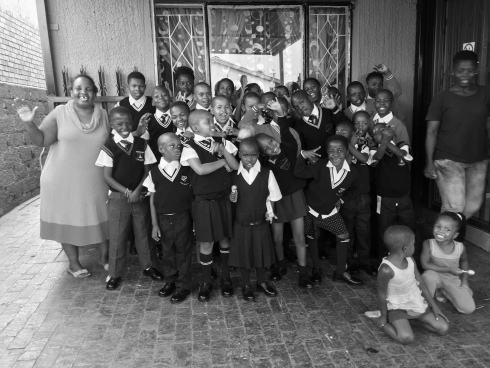 In April 2003, Gogo Rosy Mthembu’s found a little boy on the doorstep of her house in Katlehong. He had been abandoned because he was infected with the HIV virus. Rosy took himin and went on to open her home to children who are infected with HIV/Aids, abandoned or abused. This was the start of the Fountain of Love Orphanage Centre (NPO Number: 009 701/2211)

Fountain of Love is a facility that houses 41 orphaned and abandoned children, with seven of them receiving anti-retroviral treatment. The centre also runs a day care centre for approximately 50 children from the community who do not pay for the facility or meals, as they stay with unemployed parents or grandparents. A soup kitchen is also made available by the home which feeds 139 children twice a week.

Please do not hesitate to contact the centre for any contributions.