7 Ways to Improve Your Hiring Process 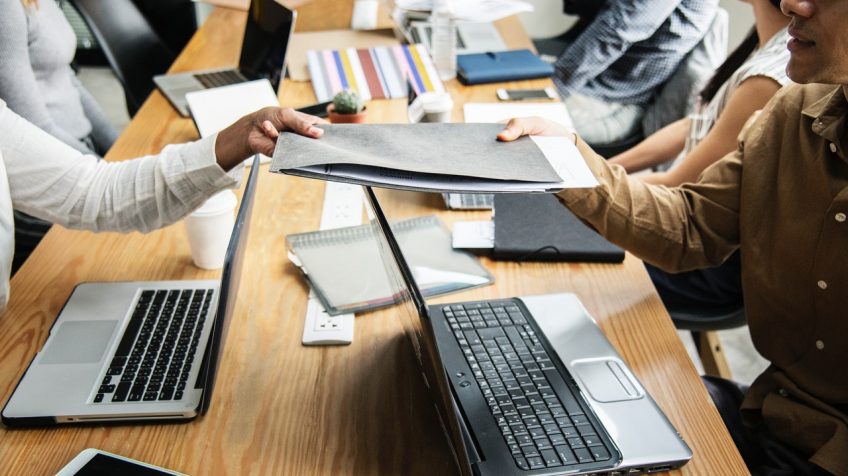 7 Ways to Improve Your Hiring Process

Hiring new talent is an inevitable and critical part of being a business leader, and it’s more complicated than just reviewing resumes and conducting interviews. There are many employer mistakes that might deter candidates, from poorly-crafted job descriptions to lack of communication about applications.

However, there are also a few steps you can take that might ease the process and encourage only the best applicants. Here are six tips to improve your hiring process.

According to an Office Vibe report, more than 75 percent of professionals are passive candidates who aren’t currently looking for jobs, but are open to new opportunities. Building a strong employer brand not only reduces employee turnover by 28 percent, it also attracts these passive candidates to your company over others.

A Glassdoor survey found that 69 percent of respondents are likely to apply for a job if the employer actively manages its brand by responding to reviews, updating the company’s profile and sharing updates on the company’s culture and work environment.

When you focus on building a well-known employer brand, you won’t have to do as much active recruiting. You’ll be a highly desired organization, flooding with applicants.

2. Move as quickly and efficiently as possible.

Office Vibe reported that the best candidates are off the market in 10 days. It’s important to act quickly, especially when you know you’re interested in a specific applicant. Even if you haven’t made a decision yet, you should follow up with the candidate often, discussing further details of the position to ensure you’re on their radar. Also, respond to any questions or concerns right away to keep them updated throughout the process.

Many companies write descriptions with lists of responsibilities and requirements, but a study found that this can alienate qualified employees, The Wall Street Journal reported.

In the study, U.S. and Canadian researchers rewrote 56 job ads to emphasize two different approaches: the Needs-Supplies approach, which focuses on what the company can do for the candidate, and the Demands-Abilities approach, which focuses on what the company expects from the candidate. Of the 991 responses, applicants who responded to Needs-Supplies job listings were rated higher than those who responded to the Demands-Abilities ads.

Focus on what your company can do for potential employees, and you’ll attract candidates who better fit your needs.

Most people want to work for companies that keep up with the latest tech trends. Part of embracing the digital age means using public social media profiles for candidate research. Like most employers, you’ll probably do a standard background check on applicants, but the candidate’s social media profiles can offer more details about the individual as a person and an employee, for better or for worse.

While it’s legally risky to allow a candidate’s social media activity to factor into your hiring decisions, it can give you a better picture of someone you’re interested in hiring.

5. Fit the personality to the job.

Although the right skillset may seem like the most important factor in whether a candidate is a good fit, the truth is that skills can be acquired, but personalities cannot.

Consider how a candidate’s personality traits align with the daily job tasks. For instance, a trait such as empathy would likely be much more important for a nurse or a social worker than it would be for a tax attorney or a computer programmer.

“What kind of person you hire depends on [the] culture of organization and the kind of job,” said Maynard Brusman, a San Francisco-based psychologist and founding principal of consulting firm Working Resources. “A great person with all kinds of skills may be [a] good fit for one and [a] poor fit for another, simply based on their personality type.”

A study by Leadership IQ found that failures exhibited by new employees may result from flawed interview processes. Eighty-two percent of the 5,000 managers surveyed reported that the interviewers were too focused on other issues, too pressed for time or lacked the confidence in their interviewing abilities to pay attention to red flags.

According to Leadership IQ CEO Mark Murphy, this is because the job interview process focuses on making sure new hires are technically competent, whereas other factors that are just as important to employee success – like coachability, emotional intelligence, temperament and motivation – are often overlooked.

It’s important to allow prospective employees to interview you, too. Letting candidates ask questions will give you a chance to see what’s important to them, Brusman said. It also gives them a chance to determine that they want to keep pursuing a job at your company, or to decide that it’s not the right fit for them.

“Be open and honest about what it’s going to be like to work for your company,” Brusman said. “You want to give a realistic preview of the work environment.”

7. Keep an eye on your reviews.

Potential employees often seek insider information about companies they want to work for, and this includes salary estimates, interview tips and reviews from current and former employees from sites such as Glassdoor. According to Glassdoor, 46 percent of its members read company reviews before they even speak to a recruiter or hiring manager. Top candidates may not even apply in the first place if they don’t like what they see: 69 percent of job seekers said they would not take a job with a company that had a bad reputation, even if they were currently unemployed.

Based on Glassdoor’s data, two actions that draw in candidates include being active on review websites and posting accurate information. If you have a lot of negative reviews from former employees, it may be time to work on your company culture before you try to fill any open positions. Doing so can improve employee retention and lead to more positive reviews that will attract quality employees.